Most of this site's functionality requires JavaScript to be enabled. 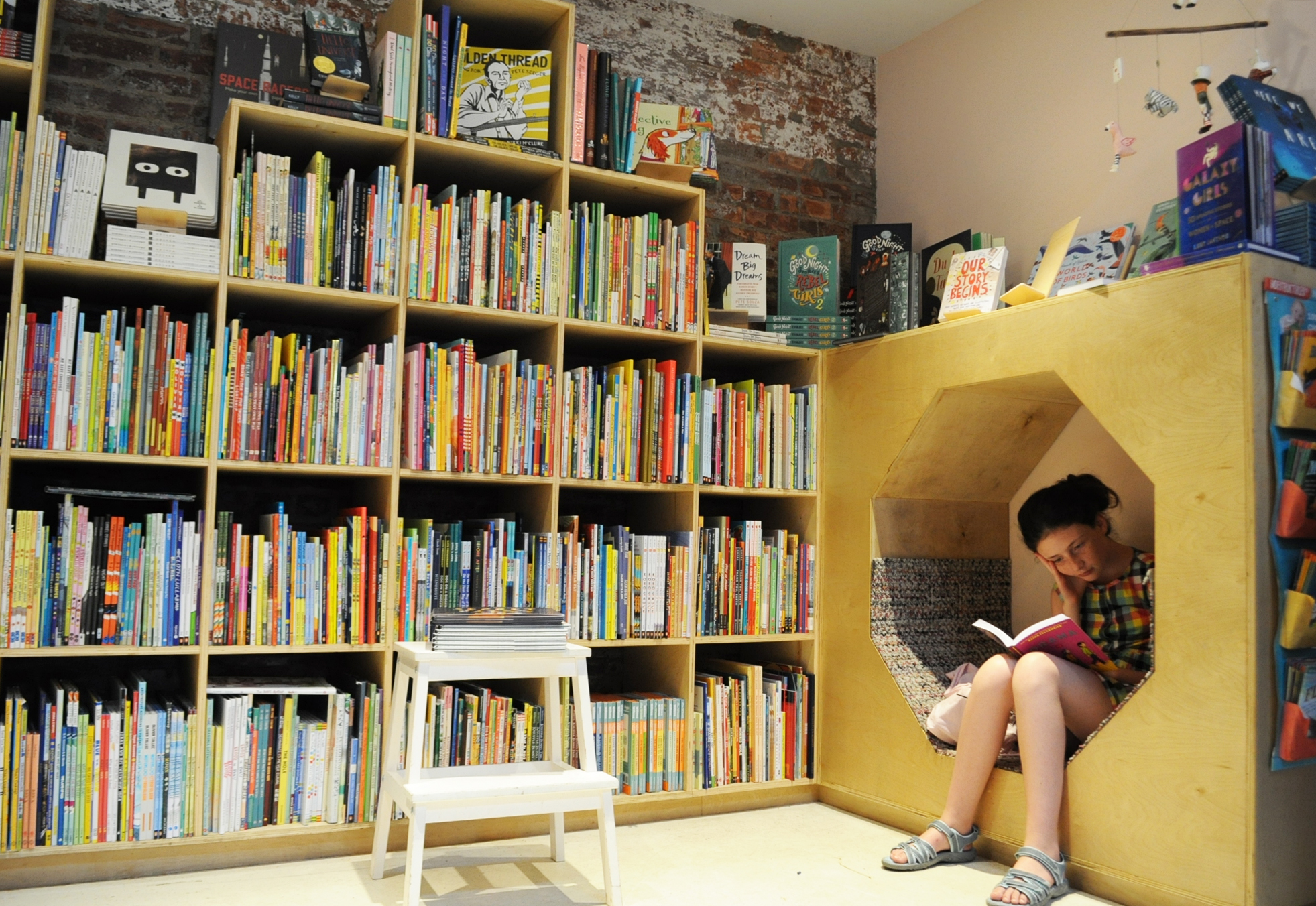 Storytimes are every Saturday and Sunday at 11am! 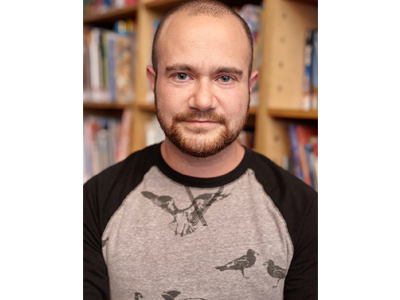 Kilmer Watts makes his living teaching piano lessons, but when automatic pianos arrive in town, he realizes he’s out of a job. He spots a “Help Wanted” sign at the poem factory and decides to investigate — he’s always been curious about how poems are made.

The foreman explains that machines and assembly lines are used for poetry these days. So Kilmer learns how to operate the “meter meter” and empty the “cliché bins.” He assembles a poem by picking out a rhyme scheme, sprinkling in some similes and adding alliteration.

But one day the machines malfunction, and there is a dramatic explosion at the poem factory. How will poetry ever survive?

Kyle Lukoff’s funny story, rich in wordplay, is complemented by Mark Hoffmann’s lively, quirky art. The backmatter includes definitions of poetic feet, types of poems (with illustrated examples) and a glossary of other terms. An author’s note explains the inspiration for the story.

Kyle Lukoff has worked at the intersection of books and people for more than half his life, first as a bookseller and later as a school librarian, reviewer, awards juror and contributor to professional publications. His first picture book, A Storytelling of Ravens, illustrated by Natalie Nelson, received two starred reviews and his second, When Aidan Became a Brother was described as "joyful and affirming" in a Kirkus starred review and has received three other starred reviews. A confirmed bachelor, Kyle lives in a Brooklyn apartment filled with books.

This event is free! Let us know you're coming on Facebook. 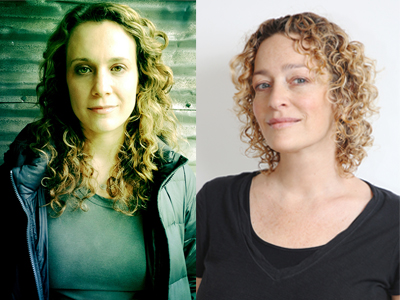 It's a busy morning in the city. Yotam and his mom stop in at their local café on the way to school, tying their dog's leash to an outside chair as usual. But today isn't usual. Bailey the dog gets startled by something and is suddenly dashing down Henry Street, freed of her leash and frantic. Before Yotam can catch up with her, she has disappeared. And that's when lots of neighbors get involved, joining in the search for the missing dog and offering all kinds of support and love.

This bright, energetic book is inspired by a true Brooklyn story of strangers rallying to help their neighbor. It's a rousing, feel-good animal adventure for the picture book audience, and a portrait of community at its best and kindest.

Amy Sohn’s Brooklyn novels, Prospect Park West and Motherland, were international successes and made her an icon of the New Brooklyn. She is also the author of The Actress, Run Catch Kiss, and My Old Man. A New York City native, she lives in Brooklyn with her husband, daughter, and their dog Luna.

Orna Le Pape is a psychotherapist in private practice. She lives in Carroll Gardens, Brooklyn, with her sons, and with Bailey.

This event is free! Let us know you're coming on Facebook.